You are here: Home / Development / How To Run Your Python Scripts

Your Python code can be up on a code editor, IDE or a file. And, it won’t work unless you know how to execute your Python script.

In this blog post, we will take a look at 7 ways to execute Python code and scripts. No matter what your operating system is, your Python environment or the location of your code – we will show you how to execute that piece of code!

Where to run Python scripts and how?

You can run a Python script from:

To start an interactive session for Python code, simply open your Terminal or Command line and type in Python(or Python 3 depending on your Python version). And, as soon as you hit enter, you’ll be in the interactive mode.

Here’s how you enter interactive mode in Windows, Linux and MacOS.

Open up your Terminal.

On Windows, go to your Command Prompt and write “python”. Once you hit enter you should see something like this: 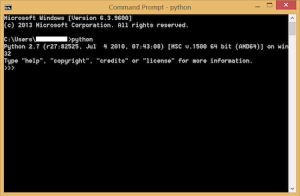 With interactive Python script mode, you can write code snippets and execute them to see if they give desired output or whether they fail.

Take an example of the for loop below.

Our code snippet was written to print everything including 0 and upto 5. So, what you see after print(i) is the output here.

And, hit Enter. You should be back to the command line screen that you started with initially.

There are other ways to exit the interactive Python script mode too. With Linux you can simply to Ctrl + D and on Windows you need to press Ctrl + Z + Enter to exit.

Note that when you exit interactive mode, your Python scripts won’t be saved to a local file.

How are Python scripts executed? 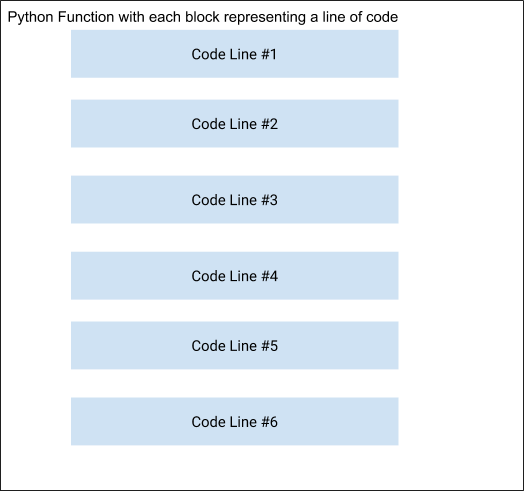 When you run this Python script, Python interpreter goes from top to bottom executing each line.

And, that’s how Python interpreter executes a Python script.

But that’s not it! There’s a lot more that happens.

Step 1: Your script or .py file is compiled and a binary format is generated. This new format is in either .pyc or .pyo.

Step 2: The binary file generated, is now read by the interpreter to execute instructions.

Think of them as a bunch of instructions that leads to the final outcome.

There are some benefits of inspecting bytecode. And, if you aim to turn yourself into a pro level Pythonista, you may want to learn and understand bytecode to write highly optimized Python scripts.

You can also use it to understand and guide your Python script’s design decisions. You can look at certain factors and understand why some functions/data structures are faster than others.

How to run Python scripts?

To run a Python script using command line, you need to first save your code as a local file.

Let’s take the case of our local Python file again. If you were to save it to a local .py file named python_script.py.

There are many ways to do that:

Saving a Python script from a code editor is pretty easy. Basically as simple as saving a text file.

But, to do it via Command line, there are a couple of steps involved.

First, head to your command line, and change your working directory to where you wish to save the Python script.

Once you are in the right directory, execute the following command in Terminal:

Once you hit enter, you’ll get into a command line interface that looks something like this: 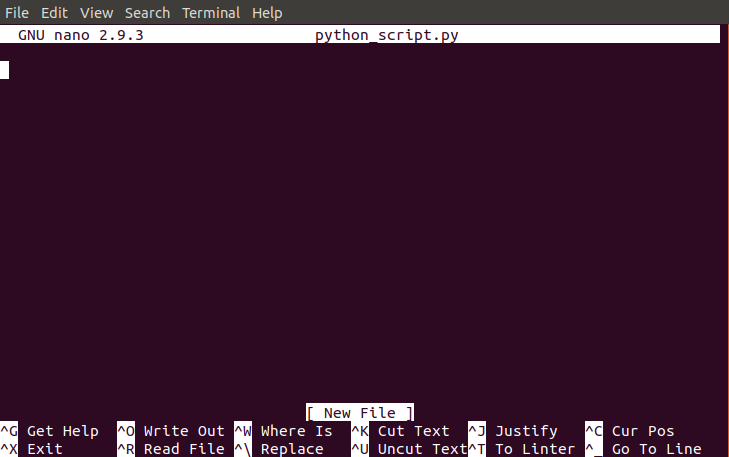 Now, you can write a Python code here and easily run it using command line.

Replace python3 with python if your Python version is Python2.x.

Here’s what we saved in our python_script.py

And, the output on your command line looks something like this

In our case, all we have to do is:

And, a file named “newfile.txt” would be created with our output saved in it.

How to run Python code interactively

There are more than 4 ways to run a Python script interactively. And, in the next few sections we will see all major ways to execute Python scripts.

We all use import module to load scripts and libraries extremely frequently. You can write your own Python script(let’s say code1.py) and import it into another code without writing the whole code in the new script again.

Here’s how you can import code1.py in your new Python script.

But, doing so would mean that you import everything that’s in code1.py to your Python code. That isn’t an issue till you start working in situations where your code has to be well optimized for performance, scalability and maintainability.

So, let’s say, we had a small function inside code1 that draws a beautiful chart e.g. chart_code1(). And, that function is the only reason why we wish to import the entire code1.py script. Rather than having to call the entire Python script, we can simply call the function instead.

Here’s how you would typically do it

And, you should be able to use chart_code1 in your new Python script as if it were present in your current Python code.

Next, let’s look at other ways to import Python code.

import_module() of importlib allows you to import and execute other Python scripts.

The way it works is pretty simple. For our Python script code1.py, all we have to do is:

There’s no need to add .py in import_module().

In this case if you think you can do importlib.import_module(“level3”), you’ll get an error. This is called relative import, and the way you do it is by using a relative name with anchor explicit.

So, to run Python script level3.py, you can either do

or you can do

Runpy module locates and executes a Python script without importing it. Usage is pretty simple as you can easily call the module name inside of run_module().

To execute our code1.py module using runpy. Here’s what we will do.

We are going to take a look at exec() function to execute Python scripts dynamically. In Python 2, exec function was actually a statement.

Here’s how it helps you execute a Python code dynamically in case of a string.

However, using exec() should be a last resort. As it is slow and unpredictable, try to see if there are any other better alternatives available.

To run Python script using a Python Text Editor you can use the default “run” command or use hot keys like Function + F5 or simply F5(depending on your OS).

Here’s an example of Python script being executed in IDLE. 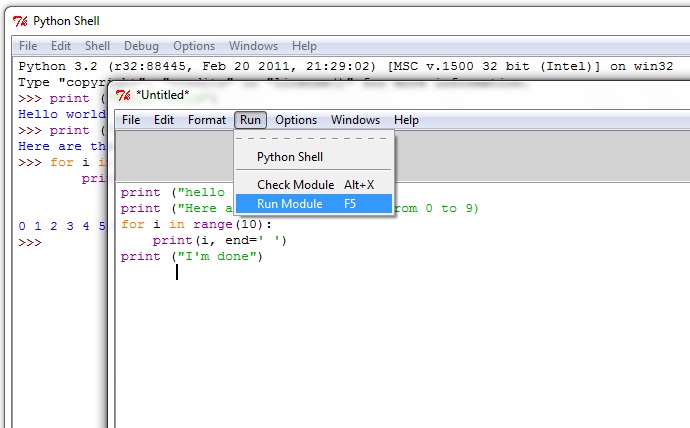 However, note that you do not control the virtual environment like how you typically would from a command line interface execution.

That’s where IDEs and Advanced text editors are far better than Code Editors.

Running Python Scripts from an IDE

When it comes to executing scripts from an IDE, you can not only run your Python code, but also debug it and select the Python environment you would like to run it on.

While the IDE’s UI interface may vary, the process would be pretty much similar to save, run and edit a code.

How to run Python scripts from a File Manager

Although we haven’t already stated this, but, if you go back up and read, you’ll notice that you can: